Madi Earl, a promising pop singer/songwriter based in Flagstaff, Arizona, has won the SongwriterUniverse “Best Song Of The Month” Contest for November, for her song ”Not My Fault” (co-written by Daniel Turley). Earl, who is 21, will be releasing her debut EP in the coming months.

“Not My Fault” is a fresh, contemporary pop song that sounds ready for radio airplay. The song has a good midtempo groove that is accompanied by a keyboard-driven arrangement. This recording provides a fine showcase for Earl’s expressive lead & harmony vocals. “Not My Fault’ was expertly produced by Jack London at his Crescent Room Music Studio in Phoenix.

Earl grew up in the city of Gilbert, AZ, which is near Phoenix. She learned to play piano (which is her main instrument) and violin at an early age. She was inspired by listening to such favorite artists as Amy Winehouse, the Beatles, Norah Jones and Adele. When she was 15, she became an active member of her high school choir.

It was her choir teacher, Herbert Washington, who encouraged her to develop her songwriting. Earl recalled, “I told him that I had been experimenting writing songs. When I played him my songs, he was surprised and told my parents that I had a gift for songwriting. Then he took me under his wing and we started writing. We wrote a song called “Even If I Can’t” that was chosen as a Top 3 finalist for the Great American Song Contest.”

When Earl was a senior in high school, she auditioned & applied to the prominent music schools, Berklee College of Music (in Boston) and Belmont University (in Nashville). She was accepted by both schools, but she decided to attend Northern Arizona University because she was offered a full scholarship.

Earl is now a senior at Northern Arizona University, and she’s majoring in business with a minor in music. During her college years, she has been creating new songs with producer Jack London. Impressively, she has now written & recorded over a 100 songs.

Currently, Earl is finishing her college studies, and then she plans to move to Los Angeles to pursue her songwriting and artist career. “I love songwriting, and I’d love to make a career as an artist or songwriter.” 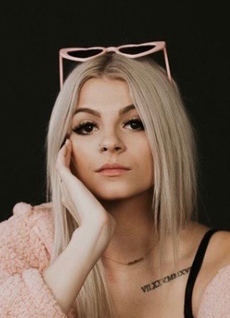 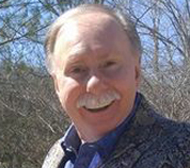 "Change It All" (folk/rock) 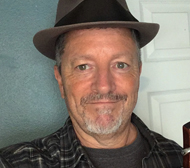 "Whisper In Your Ear" (rock) 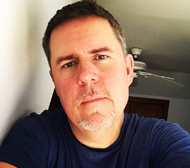 "Echoes From The Past" (blues/country)

Dave Peeler
To enter the next "Best Song Of The Month" Contest (the deadline is the last day of each month), please Click Here