Justin Turk, a pop/rock/country singer/songwriter based in Palm Coast, Florida, has won the SongwriterUniverse “Best Song Of The Month” Contest for January for his song, “Time”. This song is included on his 4-song EP, Just In Time, which he released independently in February 2022.

“Time” is an upbeat country-rock song that has a positive, thoughtful lyric message. The song has an appealing melody in both the verses and choruses, and the chorus has a catchy feel to it. “Time” provides a good showcase for Turk’s expressive, soulful lead vocals, and he also contributes background harmonies in the chorus. This recording was expertly produced in Nashville by Art Ward at his Century Music Group studio. And it was engineered by Justin Cortelyou, who has been nominated for a Grammy award.

Turk grew up in Woodbridge, New Jersey, where he learned to play guitar, piano and ukulele. When he was a teenager, he formed a hard rock band called Render Me Useless and they stayed together for six years. Then in 2011, he recorded and released his debut album called Right Here Right Now.

After releasing two singles in 2013, Turk took a break to start a family, and his daughter was born. Then in 2019, he resumed his music career and he’s since written and recorded a steady flow of songs. Notably, he released his EP Just In Time in 2022, which includes “Time” plus his songs “Passion,” “There’s No Use In Complaining” and ‘My Oh My.”

Turk explains how he wrote his song, “Time.” “The melody popped in my head one day, and I came up with the line, ‘Don’t rely on little ‘ol me’. Then few months later, my sister was going through a hard time. I told her, “It takes time to heal and get through these things.” Then as I was writing this song, I wanted to make the lyric message more universal. I wanted anyone to be able to relate to it.”

Currently, Turk has been promoting his EP, and he’s planning to release eight singles this year (2023). His next single, “Money On The Table,” will come out in late February. In addition, Turk been performing live, playing shows in Florida as a solo act and with a band. Later this year, he’ll be playing at some music festivals. And notably, he has signed a music publishing deal with Century Music Group in Nashville. 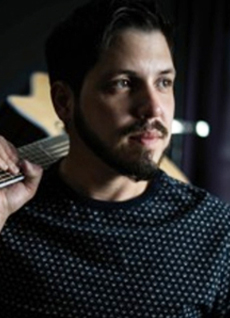 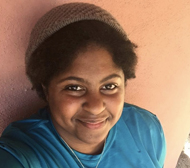 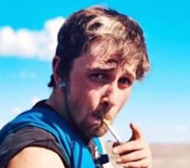 "Chasing Whiskey With A Kiss" (country-rock) 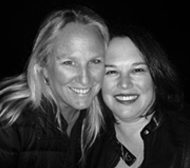 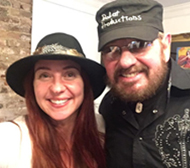 Bo Ely & Caitlin Evanson
To enter the next "Best Song Of The Month" Contest (the deadline is the last day of each month), please Click Here