Young singer/songwriter GAYLE, who is 17 years old, is having a breakthrough year in the music business. Her catchy, fiery rock/pop single “abcdefu” has become a massive hit in the U.S., reaching #3 on the Billboard Hot 100 chart. In addition, the single has become a hit internationally, topping the charts in many countries including the United Kingdom, Germany, Australia, Sweden, Israel and Malaysia.

GAYLE grew up near Dallas, and she started to play guitar when she was seven. By age 10, she was already writing songs and taking trips to Nashville to co-write. When she was 12, she moved with her family to Nashville, and when she was 14 she met hit songwriter & music exec, Kara DioGuardi. DioGuardi was impressed with GAYLE’s talent & potential, and she helped develop her as a songwriter and artist. GAYLE subsequently signed a music publishing deal with DioGuardi’s company, Arthouse, and this led to her eventual signing with Arthouse Records and Atlantic Records.

As an artist, GAYLE began releasing singles independently in early 2020, starting with “dumbass” and following up with the songs “happy for you” and “orange peel.” But it was the release of “abcdefu” in August 2021 that has propelled her career. The track has earned over a billion streams, and is growing in popularity with each week. “abcdefu” debuted on the Billboard Hot 100 chart 17 weeks ago, and is likely to remain in the Top 10 for many more weeks. This single has now been certified platinum in the U.S. and other countries, and it’s also had a strong impact on TikTok.

Currently, GAYLE has been playing live, doing headlining shows with her band. She is also opening shows for Tate McRae and pop band, AJR. And later this year, she will be releasing her next EP.

We are pleased to do this new Q&A interview with GAYLE. She tells how she got started as an artist & songwriter, and tells the story behind her hit, “abdefu.”

DK: I read that you’re from Dallas, and when you were 10 you started co-writing in Nashville. Is that right?

GAYLE: Yes, I started writing in Nashville when I was 10, and I’d go back and forth from Dallas. Then when I was 12, I moved with my family to Nashville. Early on, I wrote with an amazing writer named Margaret Becker. As I was getting older, I booked myself in Writers’ Rounds and I’d play my songs. People would come up to me and ask to co-write, and I’d see them in their Rounds and we would start collaborating.

DK: With you already co-writing at age 10, at what earlier age did you get into music and performing?

GAYLE: I started singing when I was seven, and I knew I wanted to do it for the rest of my life. Then I started playing guitar when I was nine, and I began writing songs when I was 10. So I would be learning how to play guitar and writing songs.

DK: You play guitar, and in your “luv starved” video you play piano. What other instruments do you play?

DK: I read that when you were 14, you met and began working with (hit songwriter & music exec) Kara DioGuardi. Can you talk about your collaboration with her, and later signing with her label Arthouse and Atlantic Records?

GAYLE: Yes, I originally signed a development publishing deal with Arthouse. It was such a beautiful time in my life. I can look back and really appreciate what Kara did. She  basically said, “Anything that inspires you or anything you want to do, try it. Don’t be afraid to fail.”  Eventually, I started doing what I liked, and became more consistent. And one thing I love about Kara, is she never did things for me. She would tell me when she didn’t like a song and she wouldn’t fix it for me. She would make me do it over and over until I got it right. That’s something I’m really grateful for. I loved that she wouldn’t bullshit me. She would tell me the truth and how to improve as an artist and writer.

DK: “abdefu” has become such a big hit. What inspired you to write this song with Sara Davis and David Pittenger?

GAYLE: Sara Davis has been my best friend since I was 12. We used to write songs in my bedroom with our guitars. We’d always have a grand old time…it was so much fun. And Sara has known every single person that I’ve dated. She knows all the details, like how we got together and why we broke up. And I went through this particular relationship where she hated the guy but she wouldn’t tell me. He was so annoying, and then we broke up and I was so sad about it. And I thought that I was the problem (for the breakup), and I would write super self-deprecating songs.

There was a day when I finally let myself get pissed off and we were writing that day, and we were really bitchy (laughs). We were writing with Dave Pittenger and he says he has an idea. He was going through his notes, and he very casually said the idea, “abcde fuck off.” And we were like…”Absofuckin’ lutely. That is it. That’s the song we’re writing.” Over time, it ended up calling it “abcdefu.” Then we [started with the verse] and it led into the chorus. And once the “abcdefu (fuck you)” started happening, then we came up quickly with the lyrics about the list of the parents and all [the people and things]. It was like, “Fuck you and your mom and your sister and your job,” and we kept that all in. And we told Dave all of the stories [about my ex]; he got an earful that day.

DK: I like your new song, “luv starved” and the video is good, too. Can you talk about writing this song?

GAYLE: For me, I was in this place where I haven’t particularly been treated well by men in my life. I haven’t been treated in the best ways like romantically or platonically. So because of that, I have really low standards of how I should be treated. Sometimes, when people give me the bare minimun or even below the bare minimum, I see it as something better that it is. And so for a long time I was given the bare minimum. I would be like, “This is great…I love this, this is amazing.” And I’d commit. I’d get so excited, but then every time I’d end up getting disappointed, because I didn’t really have a standard of, “This is how I should be treated,” I would only be able to compare it to my past. I’d think…well they’re treating me better than [the one before]. But well, trash is still trash. You’re still comparing trash to trash (laughs).

Then someone new would come into my life, but I couldn’t tell if they were treating me well or if they were just giving me their bare minimum. And for me, I’ve made a lot of mistakes in my relationships, and I don’t want to make them again. And my way of not making those mistakes again was to not do anything in a relationship at all (laughs). But I didn’t want to push them away either. So ‘luv starved” kind of captured my thought process on relationships at that particular moment in time.

DK: Besides “abdefu” and “luv starved,” what are your favorite songs on your EP?

GAYLE: I really love “kiddie pool.” I’ve been wanting to put that song out and I’m excited that it’s out. I also adore “sleeping with my friends.” Those are two of my favorite songs on the project.

DK: Currently, you’re on tour as a headliner, and you’re opening for Tate McRae and AJR. Can you tell me about your live shows and touring?

GAYLE: For my headining show, I’m doing all the songs on my EP and quite a few unreleased songs. I’m very excited about that, because there are a few songs that I wrote when I was younger, 14 or 15, that I never had the opportunity to play them live due to the pandemic. And when I’m opening up Tate McRae, I love that it’s just me playing live with my guitar, and it gives me time to really connect with people. I can talk about the reasons why I wrote the songs, which is what I did when I did the Writers’ Rounds all those years. And when I’m opening for AJR, I will be playing with my band. 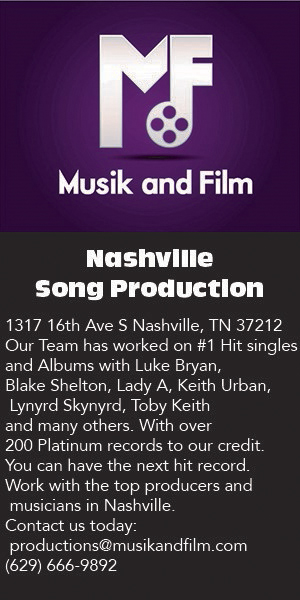