Emery Adeline, a country singer/songwriter based in Nashville, TN & Denver, CO, has won the SongwriterUniverse “Best Song Of The Month” Contest for January, for her song, ”Vapor” (co-written by Adam Wood & Josh Matheny). This song will be included on Adeline’s upcoming EP called Diamonds & Rhinestones, which she will release independently this summer.

“Vapor” is a melodic, midtempo country song that features acoustic guitars and has a smooth, flowing arrangement. The song provides a fine showcase for Adeline’s expressive, heartfelt lead vocals, and she adds appealing harmonies to it. The lyric is articulate abd well-crafted, about a breakup she experienced. This recording was expertly produced in Nashville by Josh Matheny & Justin Klump, at Sound Emporium Studio.

Adeline grew up in Colorado, and she started playing guitar and writing songs when she was 8 years old. She was inspired by such favorite artists as Kacey Musgraves, Taylor Swift, the Dixie Chicks and Tyler Childers. When she was 17, she won a songwriters competition in Denver, and she released her debut album, Love Shot Eyes.

For college, Adeline moved to Nashville and attended Belmont University, where she subsequently graduated with a degree in songwriting. After college, she remained in Nashville for a few years, and collaborated with several songwriters & producers, and in 2018 she released her EP, Killin’ Time. This EP helped Adeline gain exposure, and she was a selected a Top 10 finalist at the Telluride Bluegrass Festival with her song, “If We Weren’t So Young.”

For her song, “Vapor,” Adeline discussed how she wrote it. “With ‘Vapor,’ I was going through a pretty bad breakup at the time. This person exited my life and it was really hard. Then I came up with the idea for ‘Vapor’ while driving through Nashville, and I went into the co-write with Josh Matheny & Adam Wood.”  She added, “Josh is a great instrumentalist and an accomplished dobro player. He’s played with Kacey Musgraves, Maren Morris and other artists. He’s also a fantastic engineer & producer, and he introduced me to Justin Klump (who co-produced ‘Vapor’).”

Currently, Adeline is writing & recording the songs for her upcoming EP, and she’s filmed a good video for “Vapor.” She has been performing live shows, both as a solo act and with a band. She now splits time between Denver and Nashville, and she continues to record with producers Matheny & Klump. She says, “I’m excited for what’s to come this year. I will be releasing two more singles, ‘Magnetic’ and ‘Mistress,’ that will also be on my new EP.”

"You Belong To Me" (rock/indie) 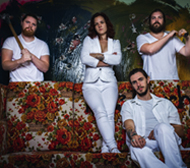 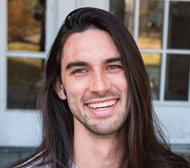 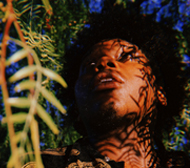 Edi Callier
To enter the next "Best Song Of The Month" Contest (the deadline is the last day of each month), please Click Here