Chloe Jean, a soul/R&B singer/songwriter based in Mill Valley, CA, has won the SongwriterUniverse “Best Song Of The Month” Contest for July, for her song “In War” (co-written by Noah Guthrie). This song will be included on her upcoming EP, which she will be releasing independently this fall.

“In War” is a soulful, gritty R&B song, which Chloe Jean was inspired to write after watching the TV coverage of the Paris, France terrorist attacks last November (2015). The song conveys a message of strength, and provides a sense of support and determination following the devastating attacks. The arrangement of “In War” has a funky, propulsive rhythm track, and the recording also provides an excellent showcase for Chloe Jean’s soaring, expressive vocal performance. “In War” was expertly produced by Eric Berdon, who played all the instruments on the cut except for drums.

Chloe Jean (whose full name is Chloe Jean Jarvis) grew up in Sacramento, CA, where she began singing and writing songs at a young age. Her musical influences include such artists as Bill Withers, Nina Simone and Whitney Houston. During high school, she performed in music theatre productions and she sang in the choir.

For college, Chloe Jean attended UC Berkeley, where she majored in Education and Sociology, and she was on the track team. After graduating, she was scouted by a representative of the Ford Modeling Agency, and upon receiving an offer, she decided to pursue a modeling career and moved to New York.

After living and working in New York for two years, Chloe Jean moved to San Francisco, where she continued to model, and she began focusing on her music and songwriting. In 2015, she met and began collaborating with writer/producer Scott Urquhart. They wrote many songs together, and Urquhart produced Chloe Jean’s debut album called Freak, and was released in May 2015.

It was November of that year, that Chloe Jean wrote “In War” with Noah Guthrie (who’s a singer, songwriter and an actor who had a regular role on the hit TV show, Glee). “When the Paris attacks happened, I felt devastated, and I wanted to write about it,” she explained. “I wrote the song as an outlet to express what I was feeling. I wanted to write a song with a strong message, and try to make a difference.”

It was in May (2016) that Chloe Jean recorded and released “In War,” and she’s completing a video of the song. In addition, she’s been co-writing several new songs with Eric Berdon, for a new EP which is scheduled for release this fall. 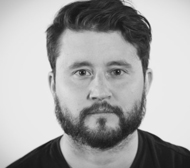 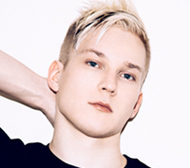 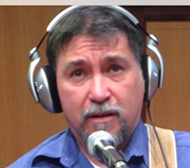