Barrie Dempsey, an Americana/folk/blues singer/songwriter based in McMinnville, Oregon (near Portland), has won the SongwriterUniverse “Best Song Of The Month” Contest for June, for his song “Cry For Awhile.” This song is included on his 6-song EP called Line In The Sand, which he released independently in March (2019).

“Cry For Awhile” is a well-crafted, folk/rock tune that displays Dempsey’s skills as a solid vocalist and songwriter. The song starts with an acoustic guitar intro, and then Dempsey’s soulful, expressive lead vocals come in. Then in the chorus, he adds good harmony vocals that gives the chorus a hooky feeling. “Cry For Awhile” was expertly produced by Dempsey and writer/producer Josquin des Pres of Track Star Studios in San Diego, CA.

Dempsey grew up in North Plainfield, New Jersey, where he learned to play acoustic and electric guitar, and he also now plays harmonica, piano and flute. When he was in high school, he started to write songs, and he was the lead singer in different bands. Soon after, he was in a band called Skate, which did some recording at Record Plant studio in New York City.

However, Dempsey decided to take a lengthy break from music—he focused on his career, moved to California and got married. It wasn’t until 2008 that he began writing songs again. Then in 2015, he released his first EP called Barrie Dempsey, which has received awards from various music organizations.

Prior to moving to Oregon a year ago, Dempsey lived in San Diego for many years. It was there that he met producer Josquin des Pres, who is well known in the area for producing artists and developing new talent. Des Pres co-produced Dempsey’s latest EP (called Line In The Sand) which contains the key songs “Cry For Awhile,” “Open Mic” and the title cut.

Notably, Dempsey has already completed his next EP, which will be called When We Were Young. “I recorded enough songs for two EPs, and I decided to spread out the releases, releasing my EP Line In The Sand first, and we’ll release When We Were Young later.”

In addition to his EPs, Dempsey is an active live performer, playing many shows. “I play mostly in the Oregon area, playing guitar and harmonica,” he said. “I sing about 350 cover songs and 60 original songs. I’d love to tour, and go to Europe to play live shows.” Dempsey works closely with his wife Shannon Dempsey, who handles management & promotion, and does graphic art work. 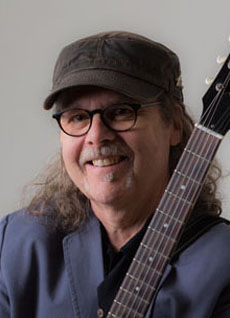 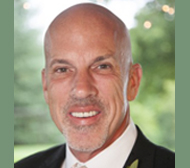 "Slow It Down" (Americana/folk) 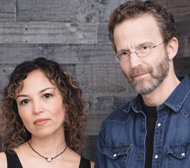 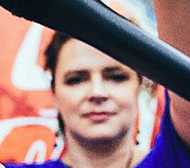 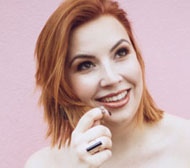