B.Smith, a pop/R&B singer/songwriter based in Boston, MA, has won the SongwriterUniverse “Best Song Of The Month” Contest for July, for his song, “Square One.” This song features B.Smith and R&B artist Brian Angel on lead vocals, and it was written by B.Smith & Angel. “Square One” is B.Smith’s first single, and it will be included on the EP The BlackBook, which will be a duet project by him and female artist, SoBlanc.

“Square One” is a contemporary pop/R&B song that is well-produced, and sounds ready for radio airplay. It has an appealing melody, and a rhythmic, midtempo groove, which has a beat that was created by INTL Show. The single provides a fine showcase for the soulful, expressive lead vocals of both B.Smith and Brian Angel. Notably, the cut includes an intro spoken by R&B star Ne-Yo, who gave B.Smith the opportunity to appear on his mixtape, Where There’s Smoke.

B.Smith (aka Bruce Smith) was born in Portsmouth, New Hampshire, and then he moved with his family to Boston. He learned to play piano and guitar with the help of YouTube, and he learned to create chord progressions and harmonies. B.Smith’s uncle, Troy, was in an R&B group called Finest Hour, and they had a hit called “Make That Move.”

For college, B.Smith had a chance to attend Berklee College of Music, but he decided to study computer engineering, and he now works as an engineer for a major hospital in Boston. Yet over the years, he has remained passionate about music. He says, “Music is a part of me and it will always be. I would love to be part of a songwriting team for the industry.”

B.Smith discussed “Square One,” and his upcoming EP project. “’Square One’ is a song that I wrote for an EP called The BlackBook. This EP will be a duet project with my fiancé, SoBlanc. It’s about the good, the amazing, the bad, and the ugly of a relationship. We’re going to be releasing it in 2022. Also, I had been talking to Brian Angel for a while and I’ve always wanted to work with him. I presented ‘Square One’ to him and he loved it. He sent the song back with the second verse, and we both were excited! The song just felt really good and we knew that we had something.”

Impressively, “Square One” has received the support of Ne-Yo, and was mentioned in the ASCAP Experience Magazine and added to their playlist. A goal for B.Smith, is to place the song in a movie, TV show, or a commercial.

Currently, B.Smith is looking forward to releasing more of his songs. His next single is called “My Way,” and it will be released on Ne-Yo’s Mixtape on August 3. 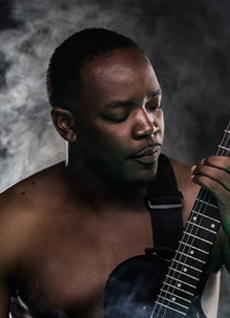 The HighLife (Josh Karickhoff & Carl Wozniak) of Edinboro, Pennsylvania. Performed by The HighLife.

The HighLife
To enter the next "Best Song Of The Month" Contest (the deadline is the last day of each month), please Click Here