Autumn Knight, an electro/pop singer/songwriter based in Nashville, TN, has won the SongwriterUniverse “Best Song Of The Month” Contest for her song, “I Believe” (co-written by Christie Huff of Los Angeles). “I Believe” is the first single that Knight has released since her debut album, Here And Now, was released in November 2019.

“I Believe” is a heartfelt pop ballad that has a positive, uplifting message. The recording starts intimately with just piano and vocal, and then gradually builds momentum and emotion, leading into a full arrangement and choral harmonies by the final chorus. This song provides a fine showcase for Knight’s expressive lead vocals and her piano playing. “I Believe” was expertly produced by Austin Shawn at his studio in Nashville.

Knight grew up in Los Angeles and San Diego, and she started developing her piano and singing skills when she was nine. When she was 13, she began writing songs, and she was inspired by listening to such favorite artists as Tori Amos and Sarah McLachlan. In addition to her writing & playing, she became active in musical theatre, and played the lead role in local productions.

For college, Knight received a partial scholarship to attend the prestigious Berklee College of Music in Boston. Following her graduation, she moved to Los Angeles for a few years, before deciding to pursue her music career in Nashville. She said, “I fell in love with the city while I was on tour. I moved to Nashville five years ago with my partner, Curt (Hovland, a member of her band who plays bass & keyboards).”

In November 2019, Knight released her debut album called Here And Now, a collection of 11 songs that included high-energy EDM cuts, along with more stripped-down, organic songs. Notably, the album has received a large number of streams on Spotify, which has helped Knight build a following in the U.S. and Europe.

Here’s the video of Autumn Knight’s song, “No Wasted Time.”

With her song “I Believe,” Knight explained what motivated her to write it. “’I Believe’ was inspired by some of the toughest times of my life, and [responding to this] with strength and resilience. The verses in the song talk about heartbreak, and the chorus is about overcoming. Eight years ago my dad passed away, and it was a huge adjustment for me…he was my biggest cheerleader and supporter. [When this happened]. I had to find voices of encouragement within myself. I hope this song can be an anthem for others to push forward and persevere in their lives.”

In the past year, Knight has had to hold off on her touring plans due to the Covid-19 lockdown. However, she’s looking forward to touring again. “When things are back to normal, we want to get back on the road, doing a U.S. tour and hopefully a European tour.” Knight is now managed by Robyn Levin, and she tours with musicians Curt Hovland and Cain Daniel (who plays drums). 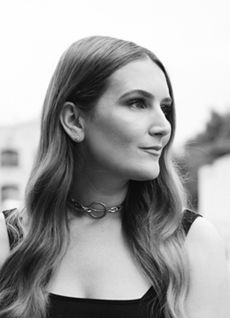 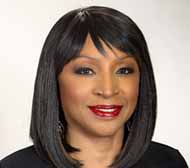 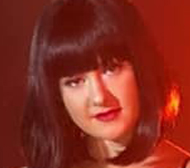 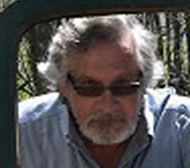 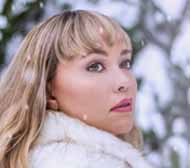 Kristina Helene
To enter the next "Best Song Of The Month" Contest (the deadline is the last day of each month), please Click Here