Ali McManus, a young singer/songwriter based in Bloomfield Hills, Michigan, has won the SongwriterUniverse “Best Song Of The Month” Contest for June, for her song, “Temporary” (co-written by Renee Coale Willis). This song is the latest single by McManus, and it will be included on her upcoming EP release.

“Temporary” is a well-crafted, acoustic-based song that features articulate, descriptive lyrics. The song starts softly with just guitar and lead vocal, and then builds to a rhythmic groove in the chorus. This song provides a fine showcase for McManus’ expressive, heartfelt vocal performance. “Temporary” was expertly recorded and produced at Planet Rock Recording Studio in Plymouth, Michigan.

McManus is a talented, intelligent singer/songwriter who unfortunately has had to deal with serious physical impediments. Since her early childhood, she has suffered from a rare bone disorder called Osteogenesis Imperfecta, which has severely restricted her ability to walk. She relies on a wheelchair to be mobile and active. Yet despite her ailments, McManus has kept a positive attitude. She says, “I don’t see myself as a person in a wheelchair. I see myself as a regular person who just happens to sit down all day.”

Since she was a child, McManus has passionately focused on her music, songwriting and performing as a way to express herself. She learned to play piano and guitar at a young age, and she now records demos of her songs at her home studio. In addition, she has developed her skills as a live music performer. Prior to the Covid shutdown, she performed regularly as solo act and with a band, at local venues and at festivals.

It was in 2018 that McManus had a breakthrough, when she formed a collaboration with renowned record producer, Jack Douglas (who is known for working with Aerosmith, John Lennon, Cheap Trick and Patti Smith). McManus’ manager, Susan Michaelson, sent some of her songs to Douglas, and he was impressed with her music and wanted to work with her. As a result, McManus flew to Los Angeles to record with Douglas, and they recorded the songs for her six-song EP release, Unbreakable. Notably, the success of this EP led to McManus being nominated for five Detroit Music Awards.

Currently, McManus has been busy writing new songs, and she’s working on her next EP. “I’m hoping to go back in the studio and record more music,” says McManus. “I’ve been writing new songs and recording demos in my home studio. And when it’s finally safe, I’m looking forward to playing live shows again.” 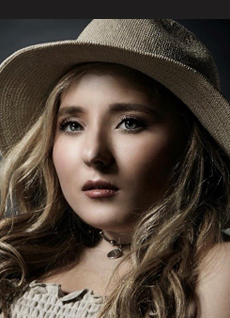 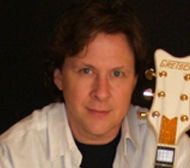 "Forever With You" (country) 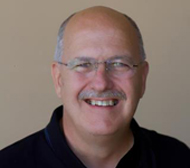 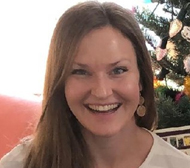 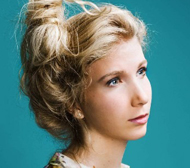 Sabrina Qvortrup
To enter the next "Best Song Of The Month" Contest (the deadline is the last day of each month), please Click Here