Alex Cooper, a pop artist & songwriter based in Los Angeles (whose artist name is “alex”), has won the SongwriterUniverse “Best Song Of The Month” Contest for August, for his song “Unconditional.” This song is Cooper’s first release as a single, and he has written & recorded several more songs that he plans to release in the coming months.

“Unconditional” is a modern, well-crafted pop song that sounds like a contender for pop radio airplay. It has an appealing melody in both the verses and choruses, and the lyric theme is positive and heartfelt. This recording provides a good showcase for Cooper’s lead & harmony vocals, and he impressively plays all the instruments on this cut. Cooper produced and performed this song at his home studio, using Logic Pro.

Cooper grew up near Philadelphia, PA, where he learned to play piano at a young age, and later on he learned to play guitar. He was inspired by listening to such favorite artists as Ben Gibbard of Death Cab for Cutie, Sara Bareilles and Gavin DeGraw. After high school, he attended Emerson College in Boston, where he studied marketing and business. Although he didn’t major in music, he became interested in writing songs, and he earned money busking on the streets of Boston.

“I started writing songs during my senior year at Emerson,” he recalled. “Then I moved to Los Angeles when I was 21. I worked in restaurants in L.A. (he later became a restaurant manager), and I started writing more and producing. I also continued to do busking.”

Cooper set up his home studio, where he has now written and recorded over 20 songs. For “Unconditional,” he explains how he wrote this song. “I opened up Logic, and I laid down three chords and found my melody for the chorus, and eventually the words came. I wrote this song last February during Covid. It caused me to look around and realize that I have so many things and people to be grateful for.”

Currently, Cooper is getting ready to release more singles, and he’s pursuing his songwriter and artist career with several paths. “It’s my dream to write songs for myself as an artist, and to write for other artists,” he said. “I also like collaborating with other songwriters and artists.”

Cooper has also been building a following by posting his songs on TikTok, and he’s networking via Instagram and other social media. “I will try to release music as consistently as I can. I’m also eager to perform live and get in front of an audience again.” 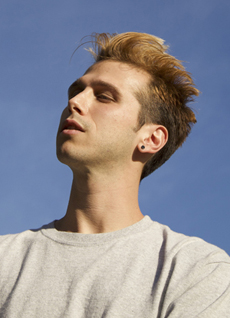 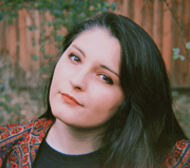 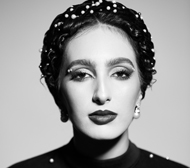 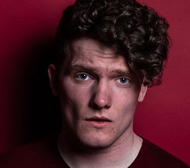 Madi Earl
To enter the next "Best Song Of The Month" Contest (the deadline is the last day of each month), please Click Here