Agata Karczewska, a folk/country/punk singer/songwriter based in Warsaw, Poland, has won the SongwriterUniverse “Best Song Of The Month” Contest for January, for her song, “Fool.” This song is featured on her 11-song debut album, I’m Not Good at Having Fun, which she released independently in March 2019.

“Fool” is a fresh, original song that combines an acoustic/folk sound with an edgy, unique personality. The song starts off with an acoustic guitar intro, and then gradually builds intensity and emotion, leading to a full-band arrangement later in the song. “Fool” provides a fine showcase for Karczewska’s strong, expressive lead vocals, and this recording was expertly produced by Marcin Bors, a famous Polish producer/engineer & musician.

Karczewska was born and raised in Warsaw, and she was inspired by listening to such legendary songwriters as Bob Dylan, Dolly Parton and Elliott Smith. When she was 12, she learned how to play acoustic guitar, and soon after she began writing songs. Later on, she was influenced by such contemporary artists as Father John Misty and Jack White.

Karczewska’s music career took a big step forward when she appeared on the Idol talent show in Poland. Then after appearing on Idol, she started working with her manager, Alexandra Jablonska (of Offbeat Music Agency), which has been a successful collaboration for her.

It was in 2017 that Karczewska released her debut EP, called You’re Not So Special. This EP received a good response, and caught the attention of producer Marcin Bors. “Marcin heard the EP, and asked if I wanted to do something together,” she recalled. “I instantly thought he’s the right guy to push my music up to the next level.” Bors subsequently produced her album, I’m Not Good at Having Fun.

With her song “Fool,” Karczewska explained what inspired her to write it. “’Fool’ is about some dark period in my life. I got my heart broke and I’ve decided to work through it the best way I know, which is writing a song. Lyrically, it’s just an ironic afterthought about my love life.”

Currently, Karczewska is busy promoting her album, and her video of “Fool” has gotten 200,000 views on YouTube. She has also been performing live, touring in Poland and playing major Polish music festivals. In addition, she was named a promising breakthrough artist by prominent radio station, Trojka. 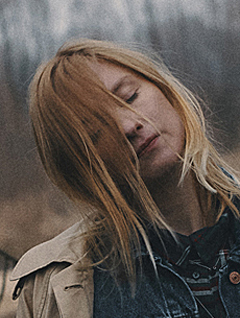 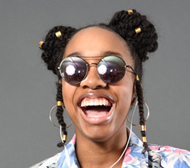 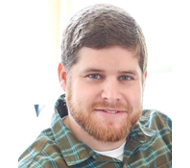 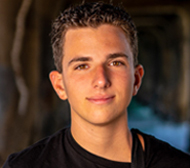