Here are the names and brief biographies of the three, professional journalists who regularly contribute articles to the SongwriterUniverse and SingerUniverse sites. 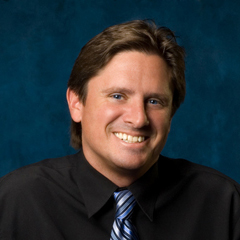 Jonathan Widran is a veteran music journalist who has been a regular contributor, feature writer and columnist for over 15 years to numerous publications and websites, including Music Connection, Jazziz, All Music Guide, Smooth Jazz News, Downbeat, amazon.com, and the Los Angeles Times. He is  a contributor to the Concord Music Group website and the Jazz Editor of the lifestyle magazine Wine and Jazz. He is also a well respected PR writer whose clients have included numerous record companies (Columbia, Warner Bros., Capitol) and media organizations (Rogers & Cowan, Luck Media and Marketing). Jonathan is  currently a voting member of The Recording Academy.

Jonathan Widran can be reached at [email protected]. 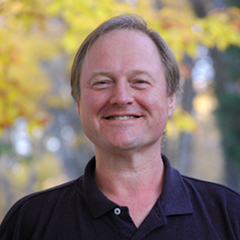 Bill Conger has been involved with country music for over 30 years. He began as a disc jockey in his hometown of Smithville, Tennessee. Eventually, he moved up to a feature producer position for Jim Owens and Associates for several shows on The Nashville Network including “TNN Country News” and “Today’s Country.” He also served as a feature producer for Country Music Television. His print and website credits include VH-1.com, CMT.com, GACTV.com, “Bluegrass Unlimited,” “Bluegrass Music Profiles,” “Acoustic Musician,” “American Songwriter,” “Country Weekly,” “Country Music Today,” “Close Up”, “Homecoming,” “PowerSource,” “Autograph,” and “ParentLife.” He is the author of Rejoice in the LORD Always: The Jeff Hillman Story. In addition to his freelance writing, he is a voiceover professional. He lives in Mt. Juliet, TN, outside of Nashville, with his wife, daughter, son, dog, and two cats.

Bill Conger can be reached at [email protected]. 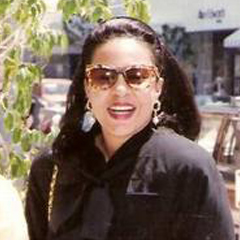 Paula Edelstein began her entertainment career in Chicago, IL, as a model in television commercials. During her years in Chicago, she was a contributor to major publications, including Johnson Publishing, Johnson Products, and Tuesday Publications. She later joined the CBS Affiliate WMBD-TV in Peoria, IL, as a member of the news team. Since her move to the West Coast, Edelstein has worked with major producers, entertainment companies, and broadcast journalists, including KTTV-TV, Norman Lear, Soul Train, the William Morris Agency, Agency for the Performing Arts, Regency Artists, Paramount Pictures, the Walt Disney Company, Motown Productions, RKO Pictures, KFAC-FM Radio, Eddie Murphy Television, Star Trek, Bob Dylan, and Sony Pictures Classics. Her writing was noticed while at Paramount and was encouraged by executives of RKO Pictures during her stint as a story editor. Her writing credits include “Bricktop ‘ The Musical,” “Polo Fever,” “Rap On,” “The Adventures of Heather and Megan,” and “The Cool Sounds of Timeless Jazz,” as well as contributions to many articles, interviews, music reviews, short stories, and songs. Educated throughout the United States at several prestigious colleges and universities, Ms. Edelstein has co-produced various programs, seminars for Women in Film, judged the International Broadcasting Awards and served as a Committee Chairperson for NARAS. She is included in Who’s Who of American Women and was the recipient of the Editor’s Choice Award from the International Library of Poetry in 2000. In addition to authoring two books and several introductory jazz courses for online university and Internet learning centers, she has written liner that are included in best-selling CDs performed by Armik, Eric Person, Elliot Caine, Young & Rollins, Estelle Reiner, and many others. In 2008, Edelstein produced and narrated Sounds of Timeless Jazz: A Collection of Interviews featuring Stanley Clarke, Ahmad Jamal, Carmen Lundy, Valarie King, Daniel Ho, and the esteemed poet laureate Marvin Kimbrough. Ms. Edelstein is a member of NARAS and ASCAP.

Paula Edelstein can be reached at [email protected].